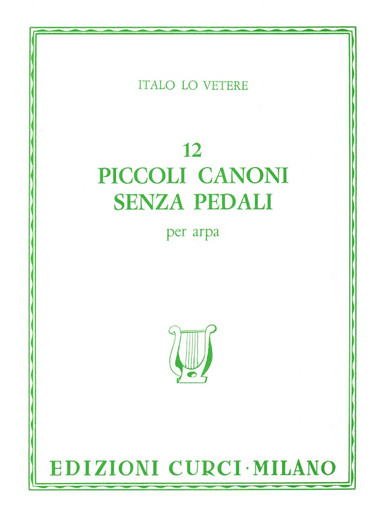 With these Twelve Canons the author has tried, probably for the first· time, to fill a serious gap in the teaching literature for the harp, that is the study of imitation. The student should early get used to the counterpoint dialogue between the two hands, so as to avoid in future any awkwardness in overcoming the difficulties of imitation in concert pieces. The author; who has already composed other works for the harp bas written the canons without pedals, in order not to distract the attention from their main purpose. The canons are modern, though they are constructed in strict counterpoint form, and are composed in the 12 keys bf the tones of the scale, in the manner of Bach. The Canons are suitable for students of the third and fourth years.