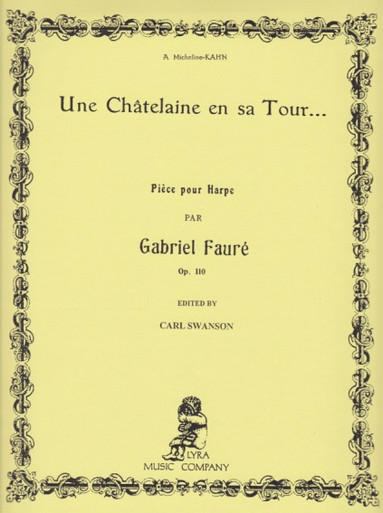 In its original edition, Faure’s Une Chatelaine en sa tour requires an enormous amount of time figuring out and writing in pedals, identifying which notes need to be played enharmonically (of which there are many), and determining in numerous places which hand plays what.  In this edition, Carl Swanson has done all of that for you, while leaving the music itself untouched. Everything in this edition is Faure, and only Faure. Mr. Swanson has just assisted you in preparing it.