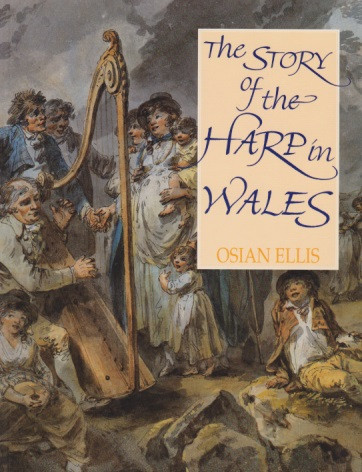 Ellis: The Story of the Harp in Wales

To the Welsh it seems that the harp had been part of the musical and poetical tradition of the land from time immemorial. However, it is no easy task to trace the history of the harp in Wales: the oldest instruments have disappeared; those that survive are mainly from the eighteenth and nineteenth centuries.

Osian Ellis looks at the development of the instrument, from the emergence of the simple frame-harp to the refinements of the triple harp. He tells of the lives and skills of the musicians themselves, from the harpists of the Middle Ages to the famous figures of the eighteenth and nineteenth centuries – Blind John Parry and John Thomas – and those of more recent years.

The Oldest surviving manuscript of Welsh harp music, written by Robert ap Huw in 1613, is examined in detail and the mystery of its strange tablature is unraveled. Dr Ellis also examines the surprising origin and progression of the welsh penillion tradition.